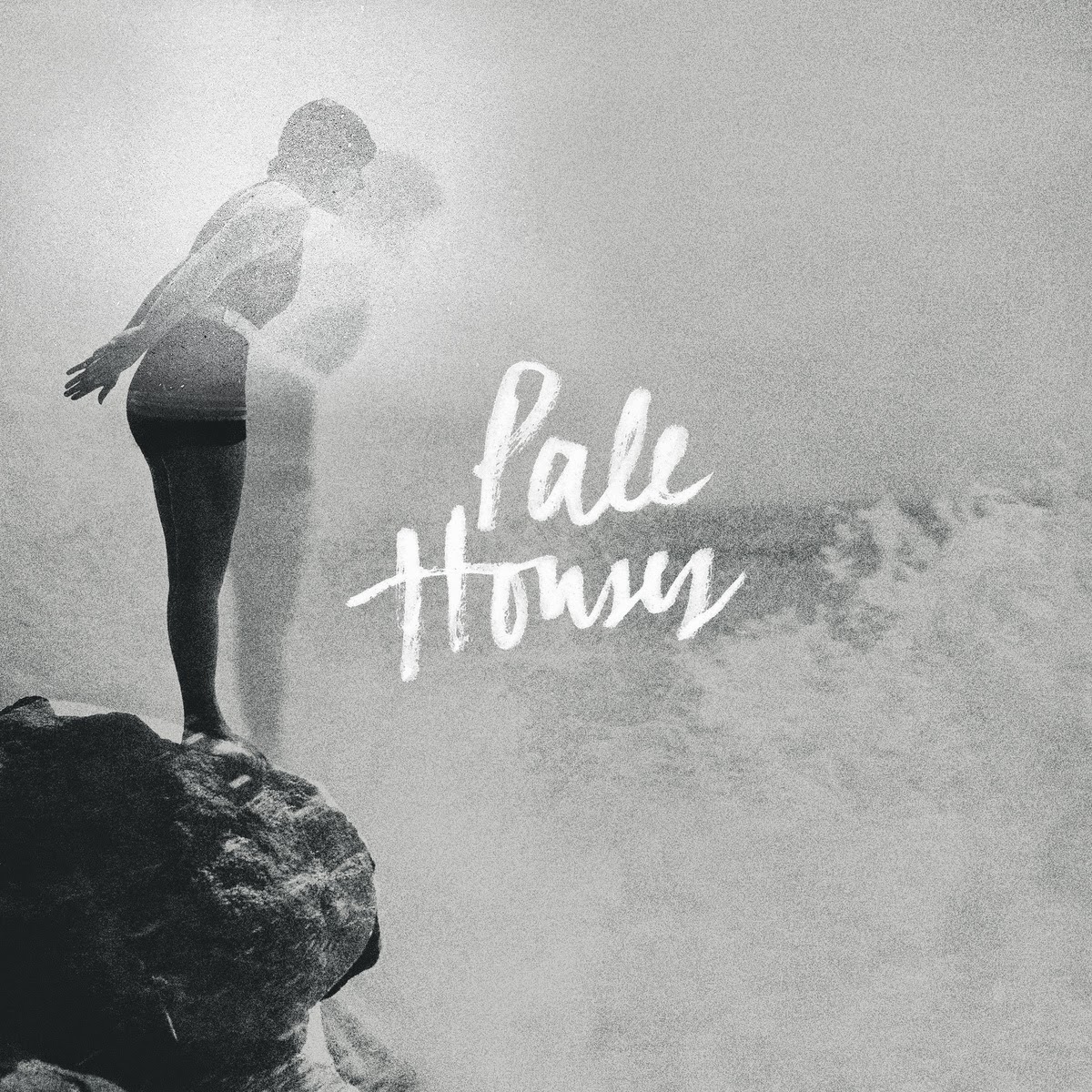 No, this song isn't from the soundtrack of an eighties' coming-of-age movie. This is some new shit as they say. And while it hearkens back to the days of neon, it does so knowingly and with a good amount of respect. Pale Houses is a amalgam of Murfreesboro indie rock veterans and it's obvious this isn't their first rodeo. These guys know what they're doing.

Under the Covers: Arctic Monkeys - Feels Like We Only Go Backwards (Tame Impala Cover) 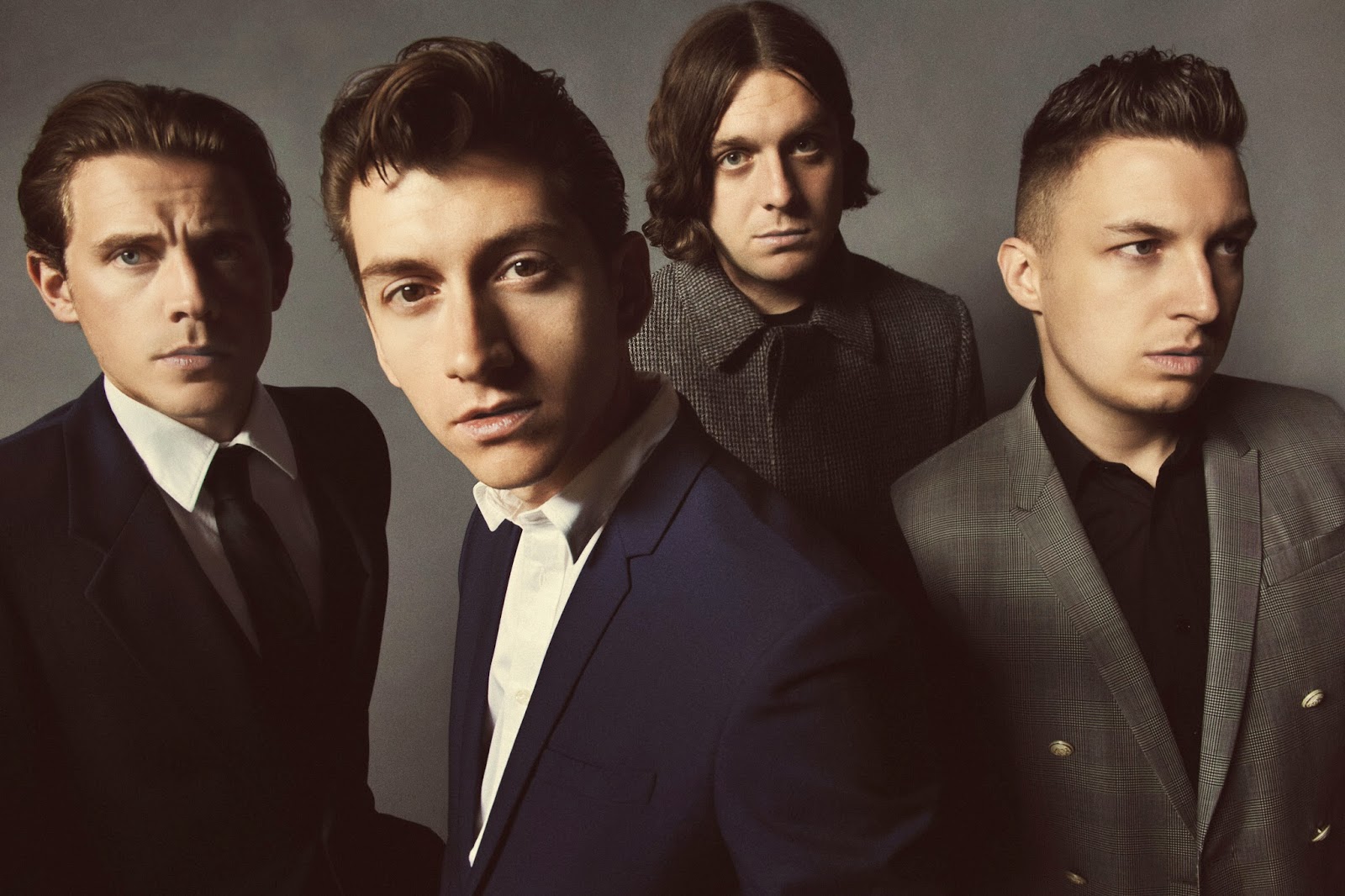 Feels Like: The Wind and The Wave, Swear and Shake, The Kooks

Man, did they always sound that British? This cover is pretty straight forward but it really doesn't need to be anything more. It's just Alex Turner and a guitar and really shines a great line on Tame Impala's fine, fine song. Arctic Monkeys are really on a roll and this is really just another check of the box.

at 6:00 PM
Labels: Alex Turner, Arctic Monkeys, Feels like we only go backwards, like a version, Music Blog, Nashville, Rowdy, Swear and Shake, Tame Impala, The Kooks, The Wind and the Wave

Ready for a creepy one?  This video is right along the lines of a Portugal. The Man video, but it's got all the high happy sound you've come to know and love from Foster the People.

Yo Nashville: Sturgill Simpson - Time After All 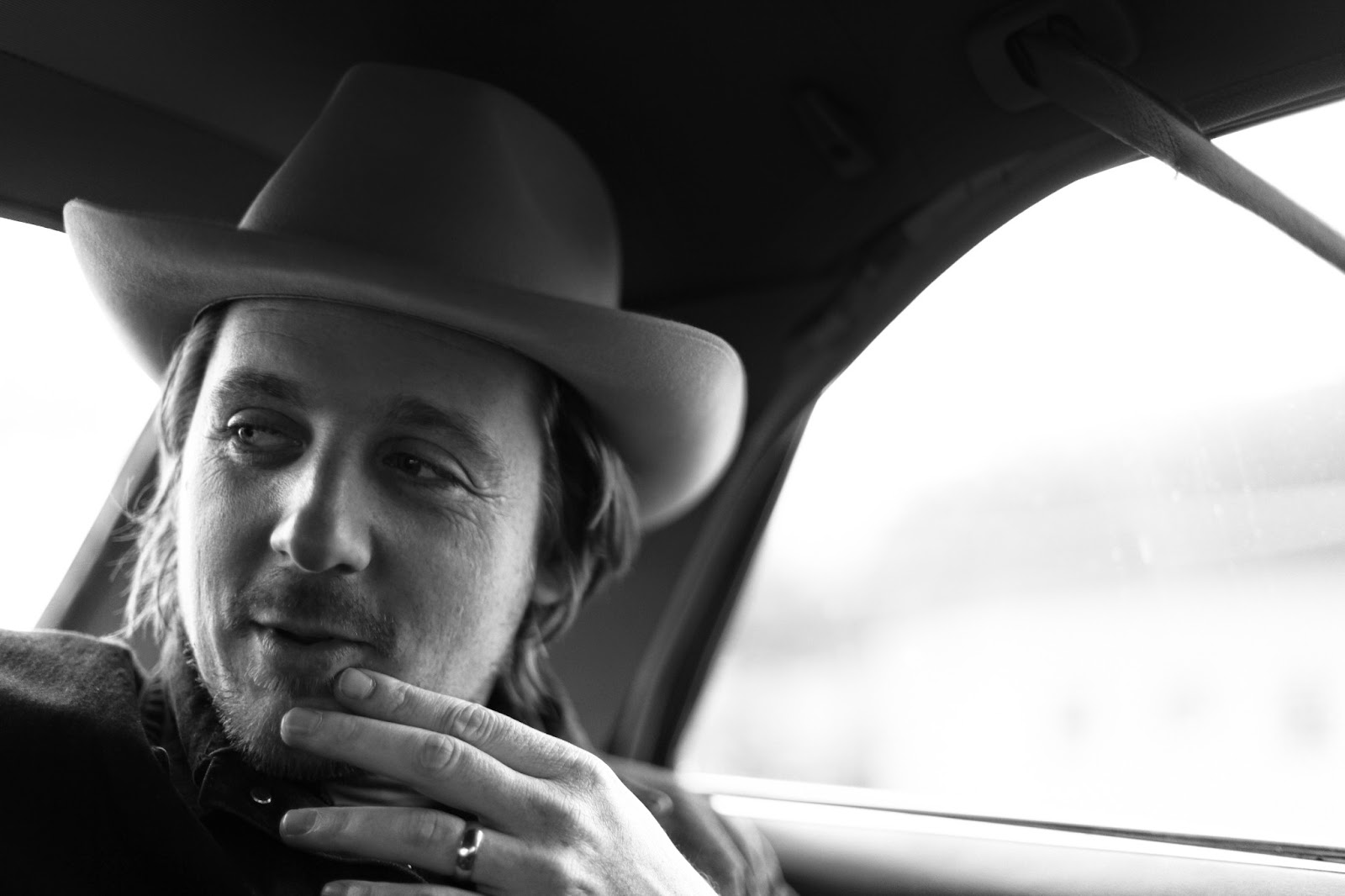 There are people who show up on Nashville concert calendars over and over. Most of the time I write them off as some down-and-out honky tonk singer, but Sturgill Simpson persisted. Eventually, it had to be checked out and I'm glad I did. Listen to that voice. That's a real fucking country voice. Although that voice threatens to overshadow everything else, it doesn't. The songs hold up. The musicianship is there. This is what the real deal sounds like. 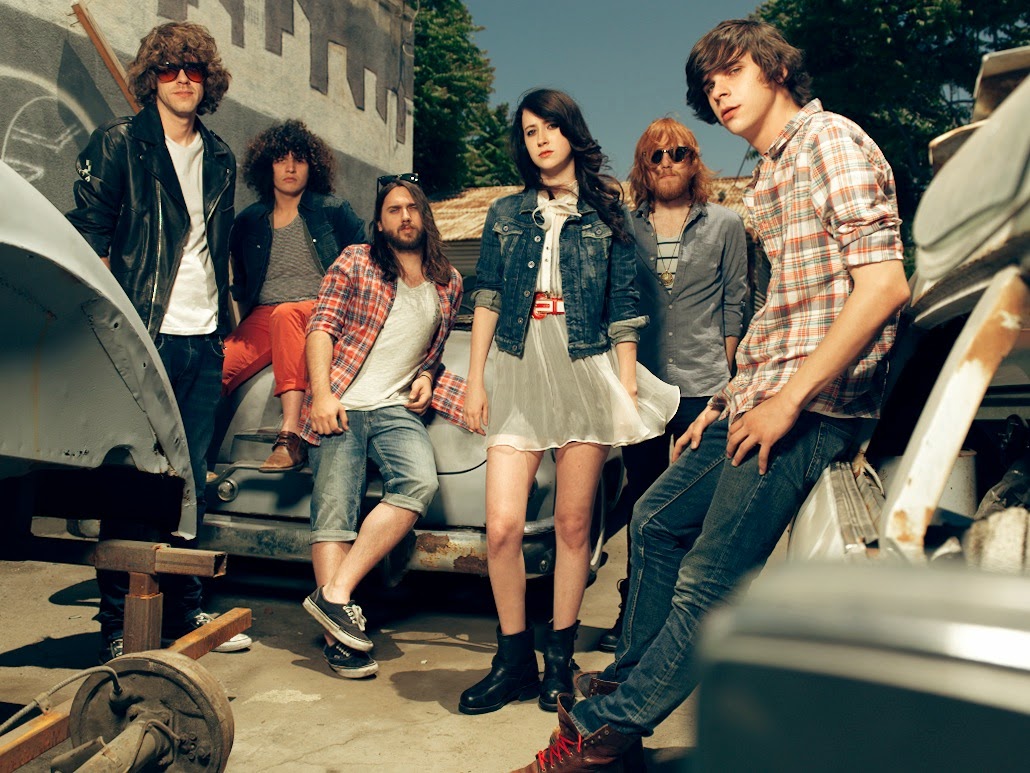 Bands are changing their sound quicker and quicker. Point in case: While Sleeper Agent's breakthrough single "Get It Daddy," which is only 3 years old, is catchy as hell, the sound was definitely more in the camp of The Strokes than Passion Pit. But trends tend to have sway on young bands, and while the release of "Waves" could have turned out to be a cash-grab modification to the band, it seems genuine and sounds pretty damn good. Go ahead and try to listen to this without it getting it stuck in your head.

Yo Nashville: All Them Witches - Charles William 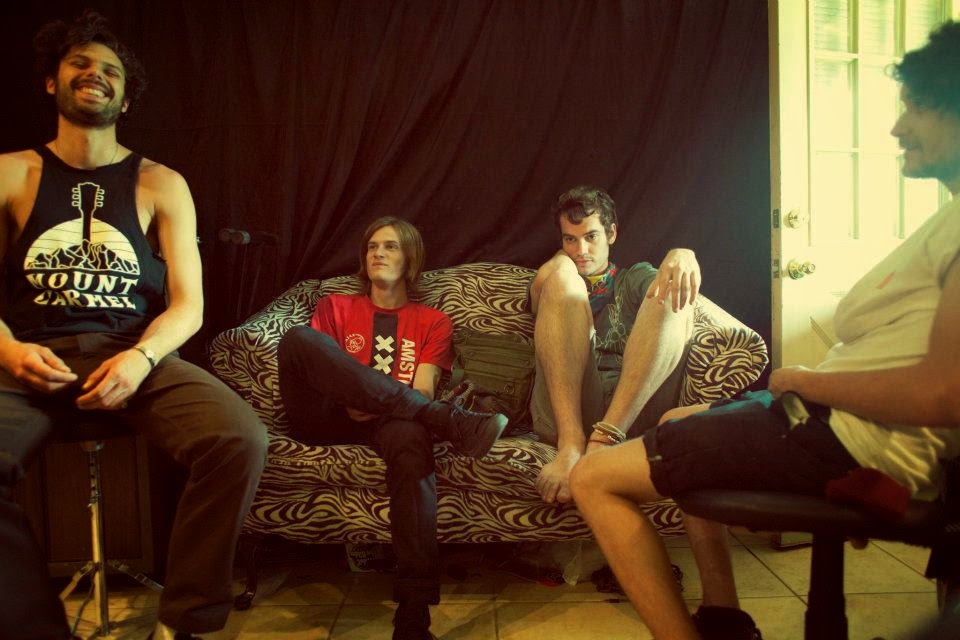 All Them Witches are some serious heavies. They make deep, murky rock that feels like it could raise the dead from under a swamp. If you're planning on having a seance or are missing the Bayou eeriness of True Detective, All Them Witches might be the band to fill that gap.

It's that wonderful time of year when the Hollywood blockbuster trailers start pouring in and Americans flock to the theaters to get their proverbial rocks off to some Bruce Willy/Liam Neesons action flick. However, since we have yet to see the formidable wave of nonsensical box office smashes crest, the good guys at Dreamville have a little treat to redirect your entertainment needs.


Now, before you head straight to the music video below, I would recommend checking out the comical 30 for 30 spoof from the Dreamville team -- but I know most you probably won't  ;)

In any case, it's also the season for some big time summer rap hits (a la Shake Your Tailfeather via Bad Boys 2). Please enter... Bas with his latest release. The distinctly Brazilian feel to the beat is a perfect fit for the summer and this will be well worn by the season's close. Check it out below. 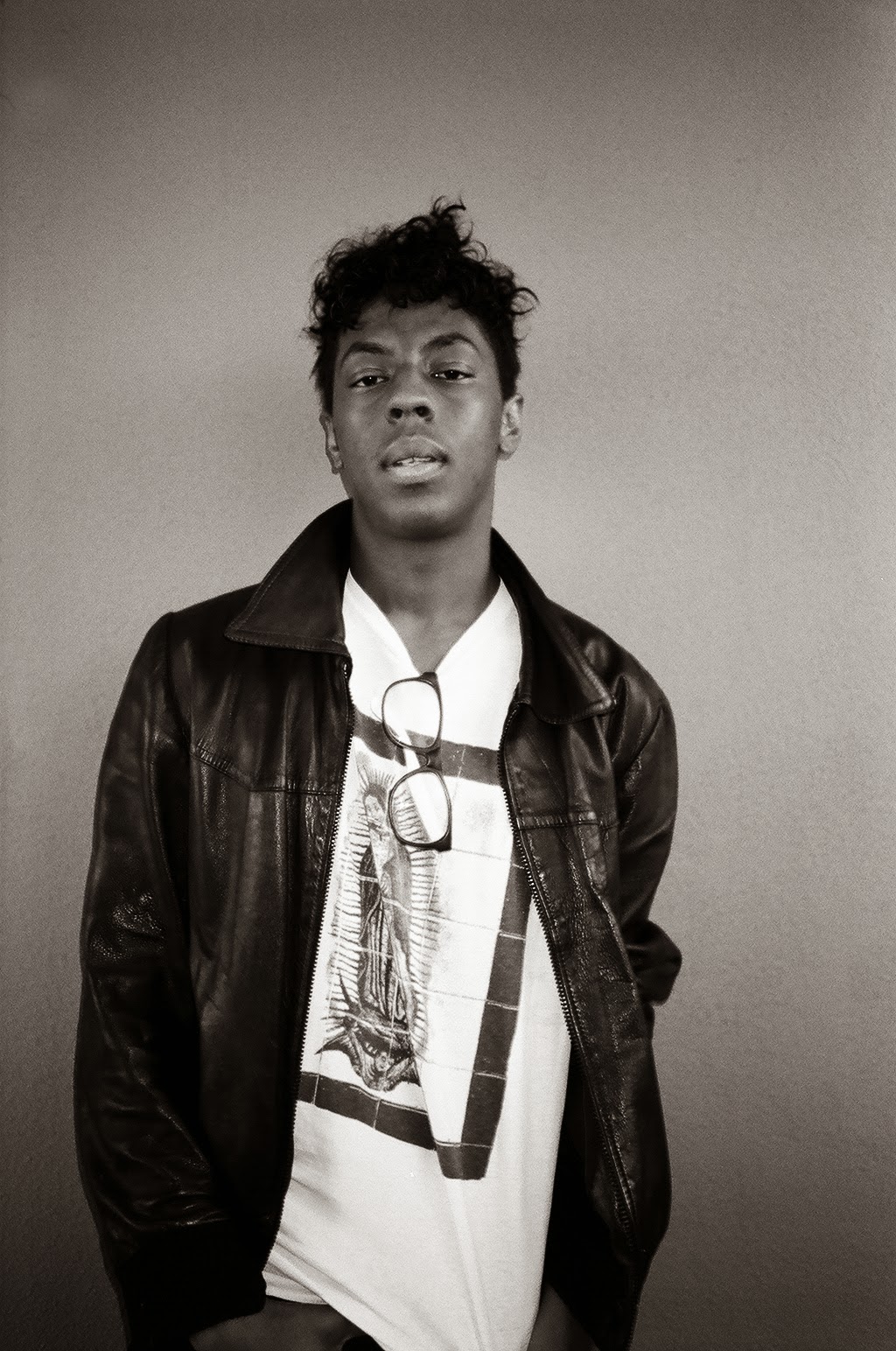 This is a weekend song plain and simple. You're probably not going to listen to this on Sunday or Monday or Tuesday or Wednesday or Thursday (maybe Thursday). But come Friday, this is your jam. Use it.

Yo Nashville: L'Orange - Man of the Night Feat. Erica Lane 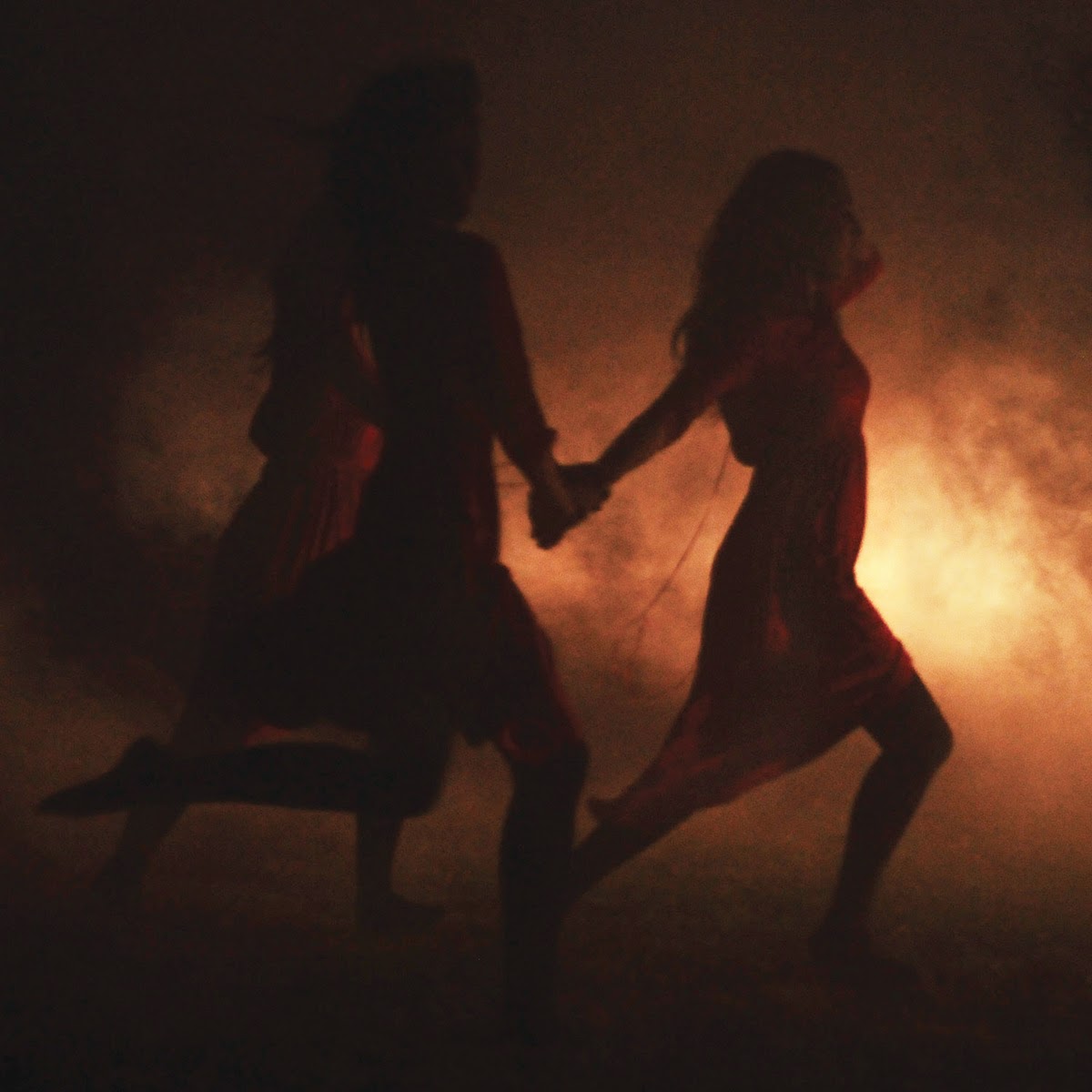 L'Orange is a Nashville-based producer who doesn't deal in fiddles and pedal steels. Dude's got some ranges mixing in elements of jazz, hip-hop, and even some left-field elements. "Man of the Night" showcases singer Erica Lane's smooth vocals and is a track that puts mood above all else. The black and white video only enhances the track's effect and the location couldn't have been more right. 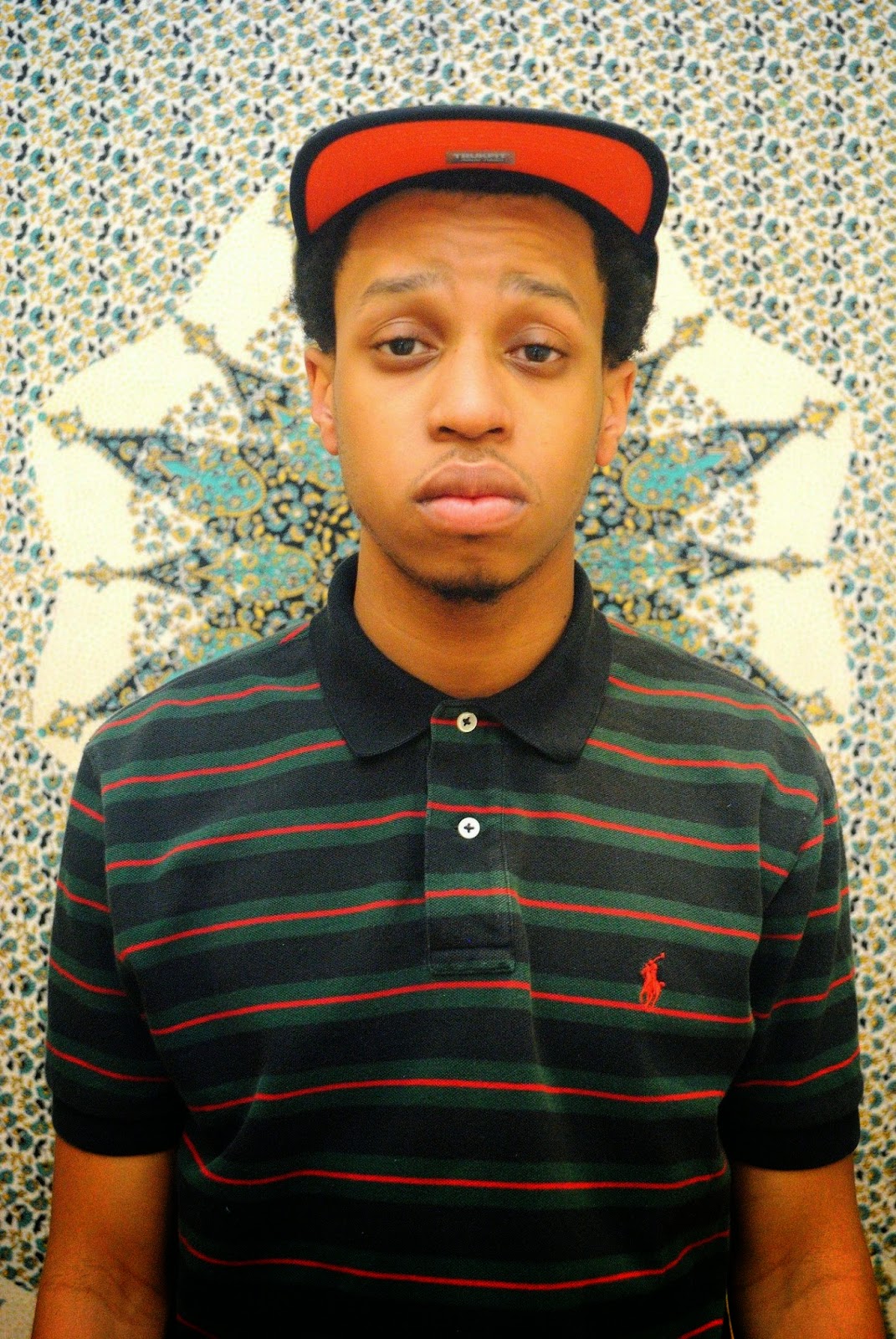 Pell Yeah. That's New Orleans lyricist Pell's twitter handle and website domain, and it pretty much sums up the feeling when listening to his album. In an era of mostly disappointing debuts, Pell's Floating While Dreaming is surprisingly amazing. His vocals bring to mind a toned-down version of Chance the Rapper's stream-of-conscious quirkiness while the production falls in line with the moody, atmosphere-driven style spearheaded by the world's most famous lint-roller, Drake. It's worth a listen or two and "Eleven:11" should be enough of a taste to convince you to take that dive. 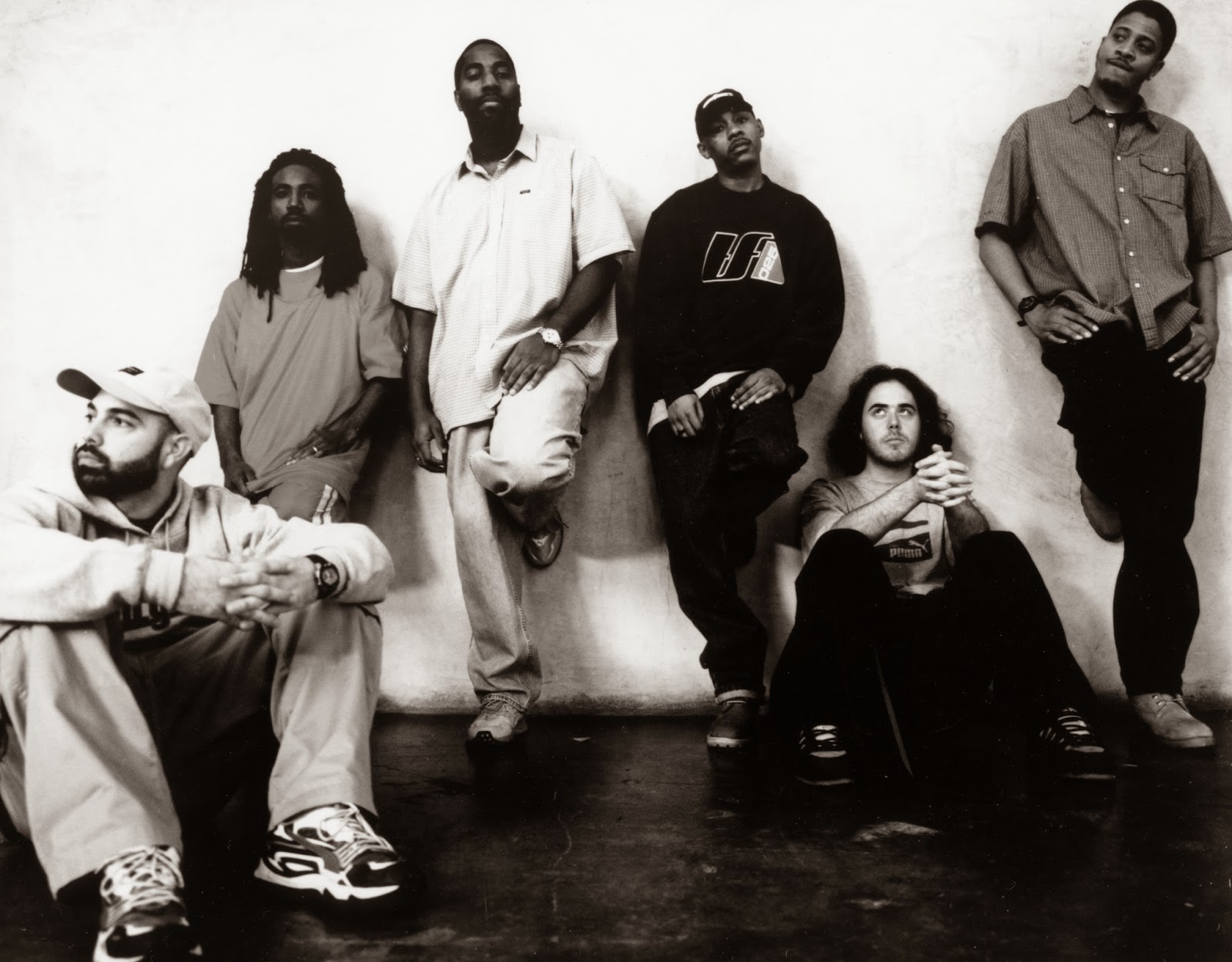 Feels Like: Souls of Mischief, A Tribe Called Quest, The Pharcyde

Rap groups typically don't age well. Their members tend to splinter off and become actors, activists, and solo performers who fall well short of what their former group could accomplish. Hats off to Jurassic 5 though. While they haven't always remained fully in the public's eye, they have managed to release a credible, nostalgia-driven party single every couple years or so. And that's really all we can ask for. Hearing them over The White Stripes' "My Doorbell" brings to mind everything good about the early aughts. And there's still nothing like Chali 2na's velvety vocals out there today.

at 6:03 PM
Labels: A Tribe Called Quest, Chali 2na, Jack White, Jurassic 5, Music Blog, My Doorbell, Nashville, Rowdy, Souls of Mischief, The Pharcyde, The Way We Do It, The White Stripes 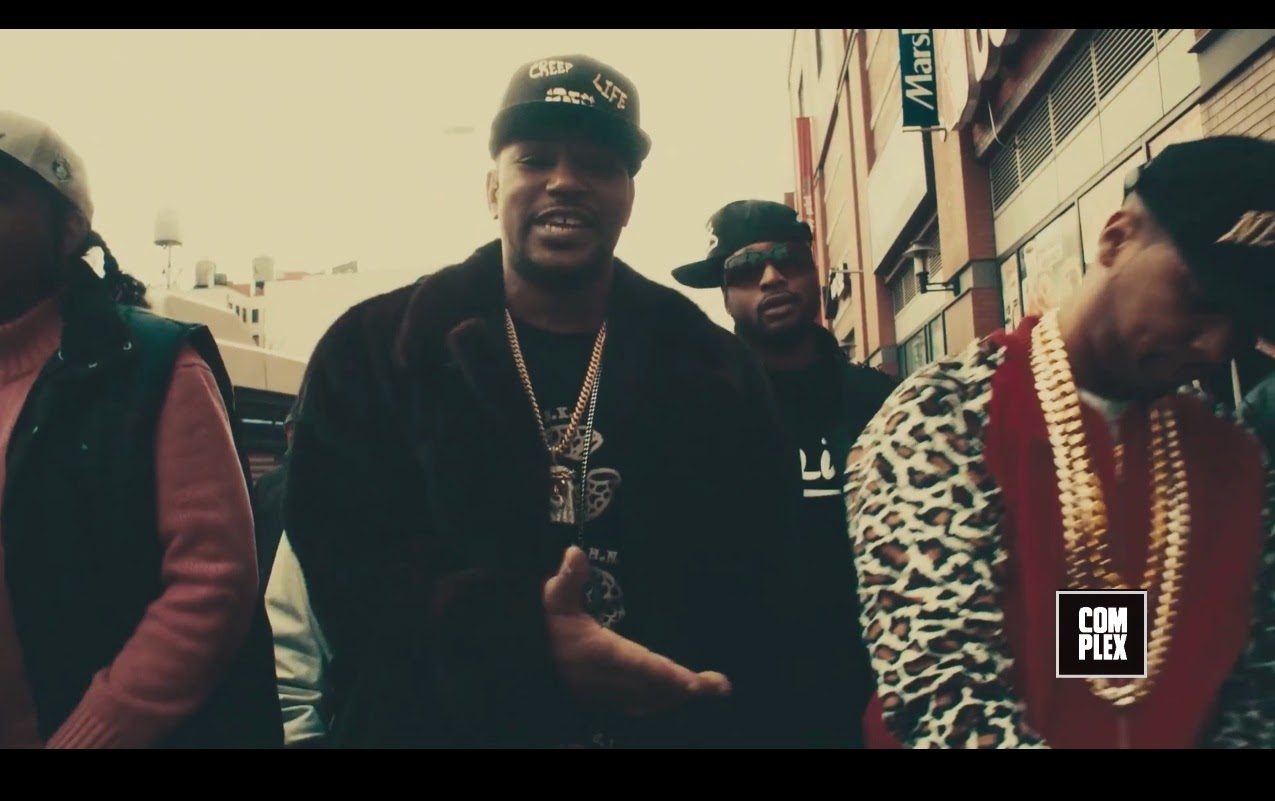 Dipset members Cam'ron and Juelz Santana along with A-Trak, Oliver, and Just Blaze bring back everything that made late-90s/early-aughts rap great. This is spending to spend, no ceiling hip-hop. It almost makes you wish backpack rap never came around. 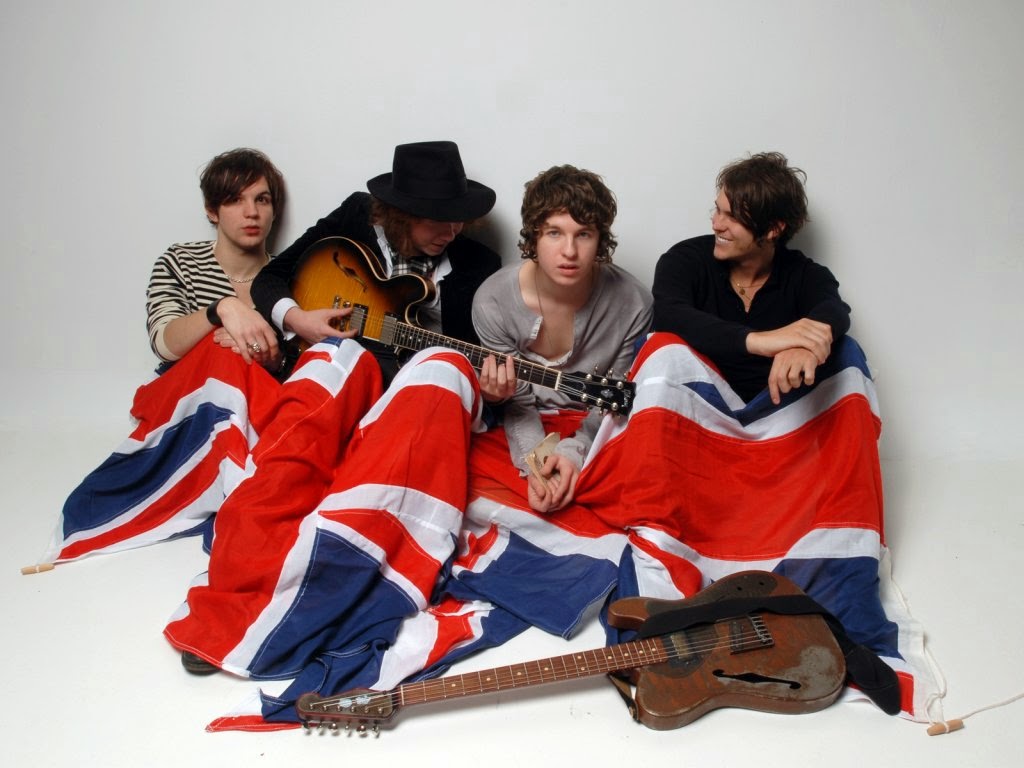 Where the fuck have the Kooks been? Well, they haven't released an album since 2011's blink-and-you-missed-it Junk of the Heart. But they're back and they're doing something new. It's hard to put a finger on exactly what this sound is. I sort of get the vibe that this could have been a number one in 1999. But it's good, and funky, and infectious. And let's not forget that they were the band that created this nugget of pop glory.

Feels like: Black Keys, Kings of Leon, The Apache Relay

Check out this awesome video for "So Real".  Get ready for your summer booze binge. 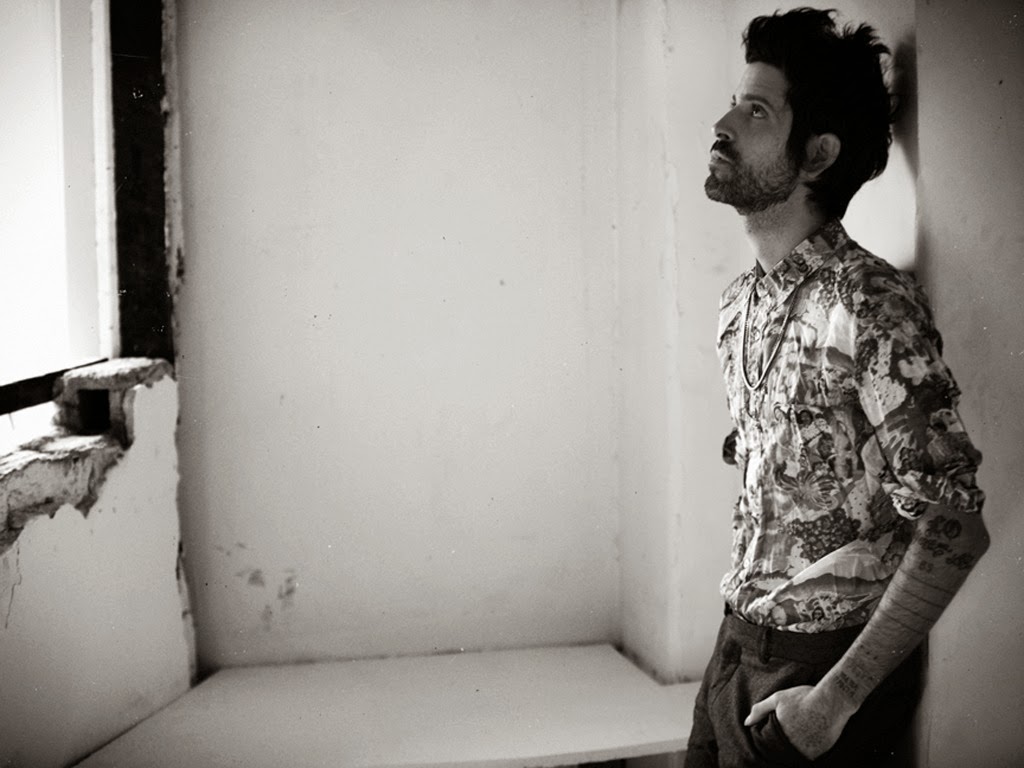 Devendra Banhart has a knack for mood, something a lot of artists fall short at or don't even attempt to create. He can span a lot of mileage when it comes to feels. "Won't You Come Home" falls into the late-night, long-drive category. It's headphone listening at its best; full of small touches and slow-moving waves of sound. It's coming up on its first b-day, but Mala is definitely an album to sit with if you haven't yet.

Feels Like: An indie-tinged Hurray For The Riff Raff, The Polyphonic Spree, Fleet Foxes, Feist

I think I can say without a doubt that the past year has been a whirlwind for the indie six-piece group out of Wisconsin. The brethren and I first caught a glimpse of this band when they played a Red Bull: Sound Select show in town last fall. After the show, I approached Matteo Roberts of the band and he was gracious enough to offer me a free listen of their EP. Next thing I know, I am seeing pictures on Instragram of their shows and listening to  Phox's set at the iTunes Festival. They play a 'sophies choice' set against Dawes on Saturday of Shaky Knees, but I am definitely looking forward to checking out their soft, airy, indie-folk hybrid sound this weekend. 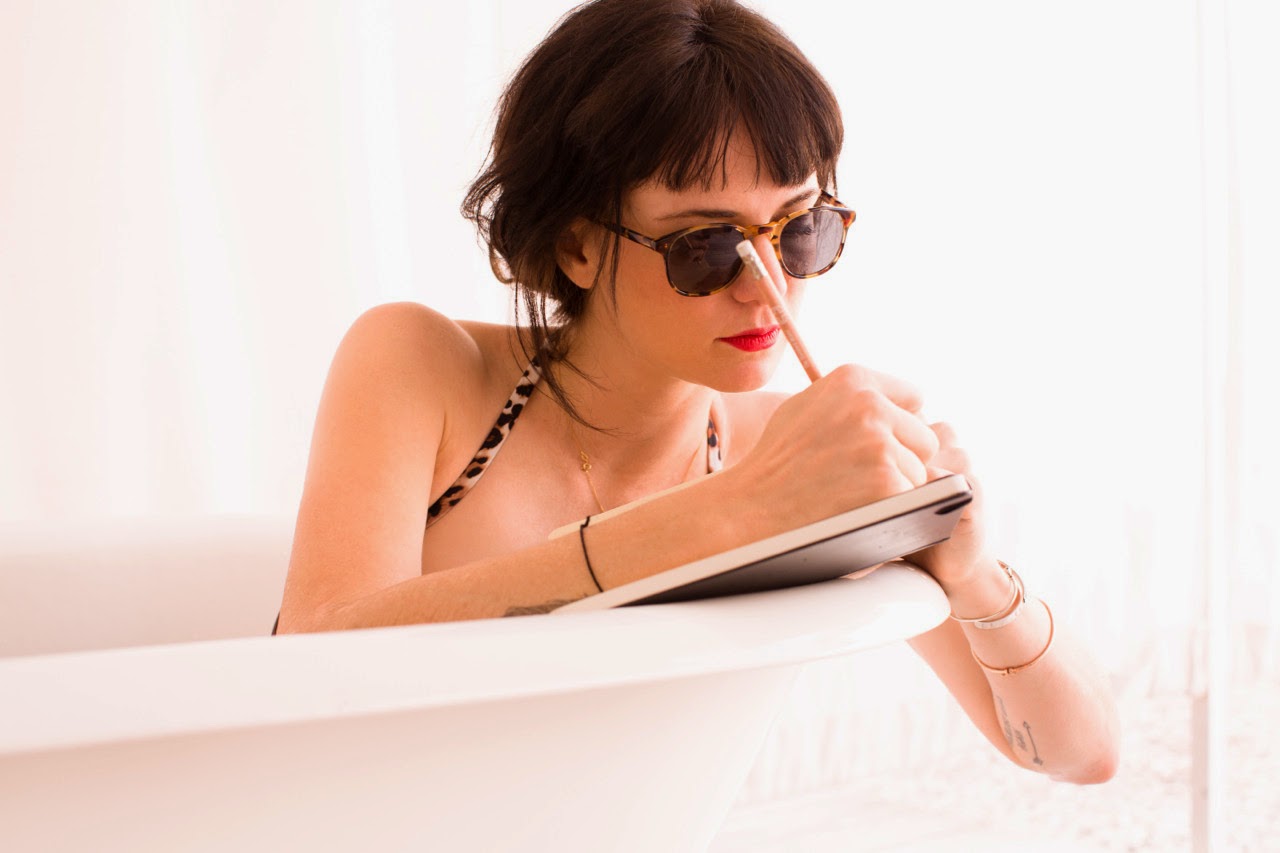 Nikki Lane makes music that has that sound you could find in biker bars or revival tents. It's soul and rock and gospel and every bit timeless. It's fever-pitch music that's coaxed and wrung 'til it's all dried up. It's a sign of the heat to come, the nights that never cool down, and your back sticking to the seat.

Yo Nashville is a segment that highlights local acts from right here in Music City U.S.A. 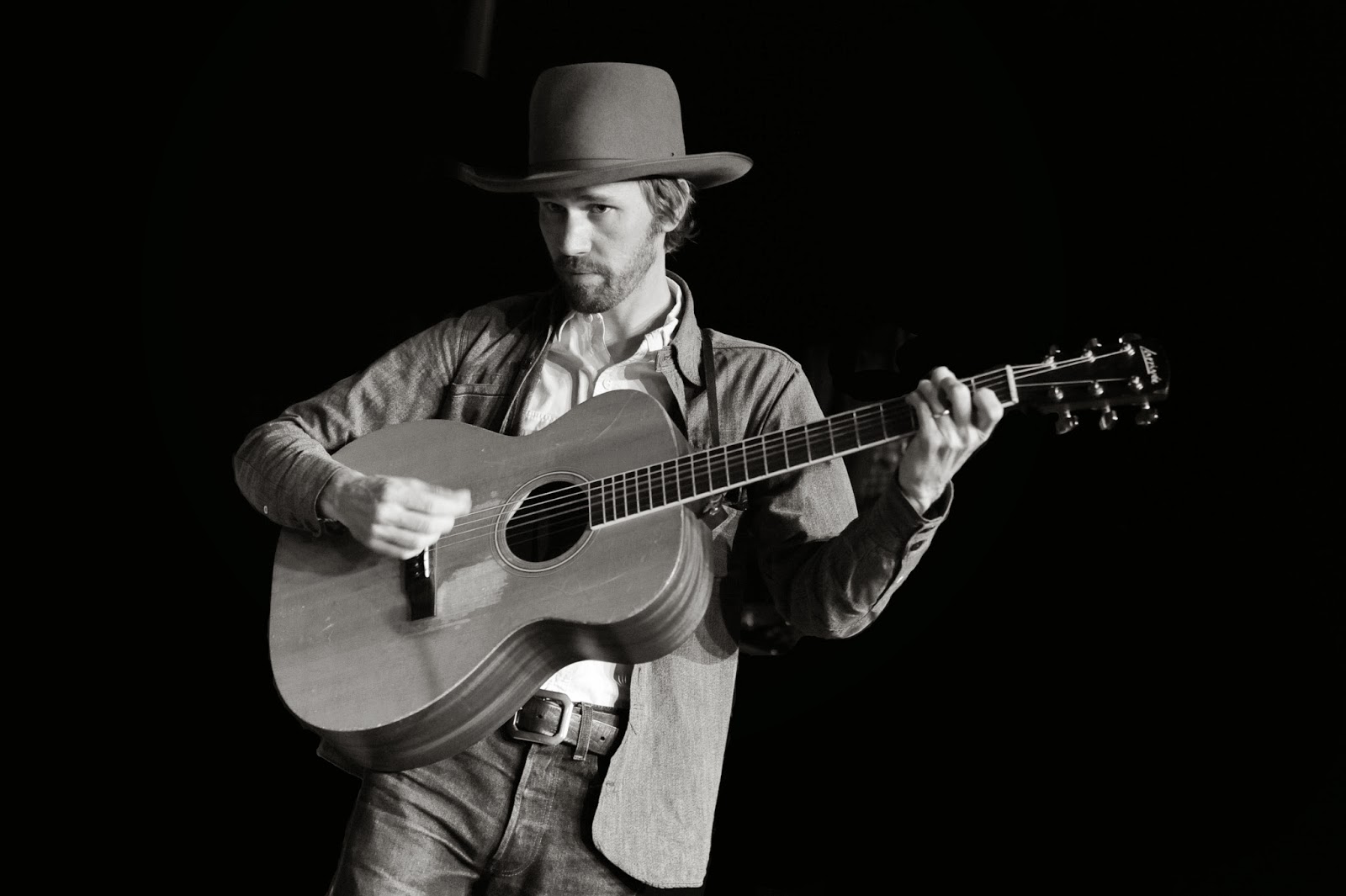 Had the pleasure of seeing this troubadour at Grimey's yesterday when his new album, Folk Singer Vol. 1, was released. The title lets slip the genre, but the quality is what really defines Mr. Watson. Watson brings weight and a good bit of "high and lonesome" to his roots music. Having been there for Old Crow Medicine Show's early years, all the chops are there. Watson is playing Music City Roots tonight and Station Inn tomorrow. Check it out if you can spare the time. 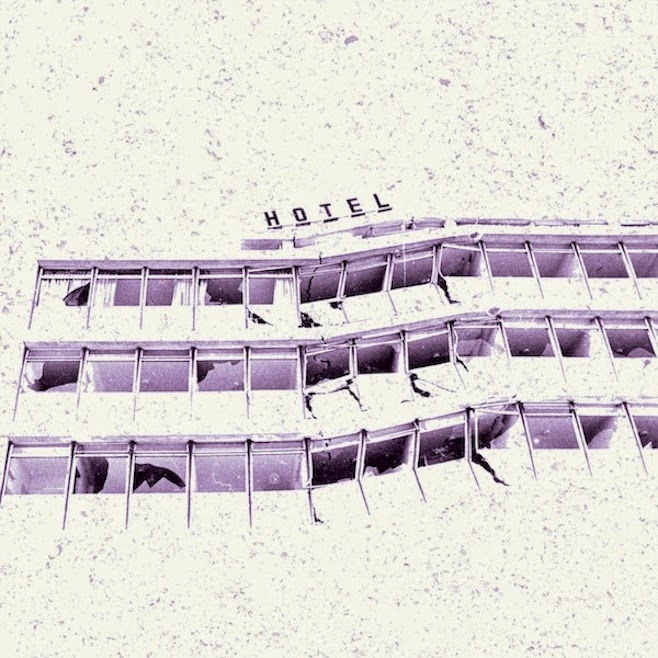 The Antlers add another piece to the puzzle with the beautiful "Hotel." With flourishes of horns and a driving bass line, they build off of their extraordinarily-dense, synth-filled soundscape. Familiars is out 6/17. You've be warned. 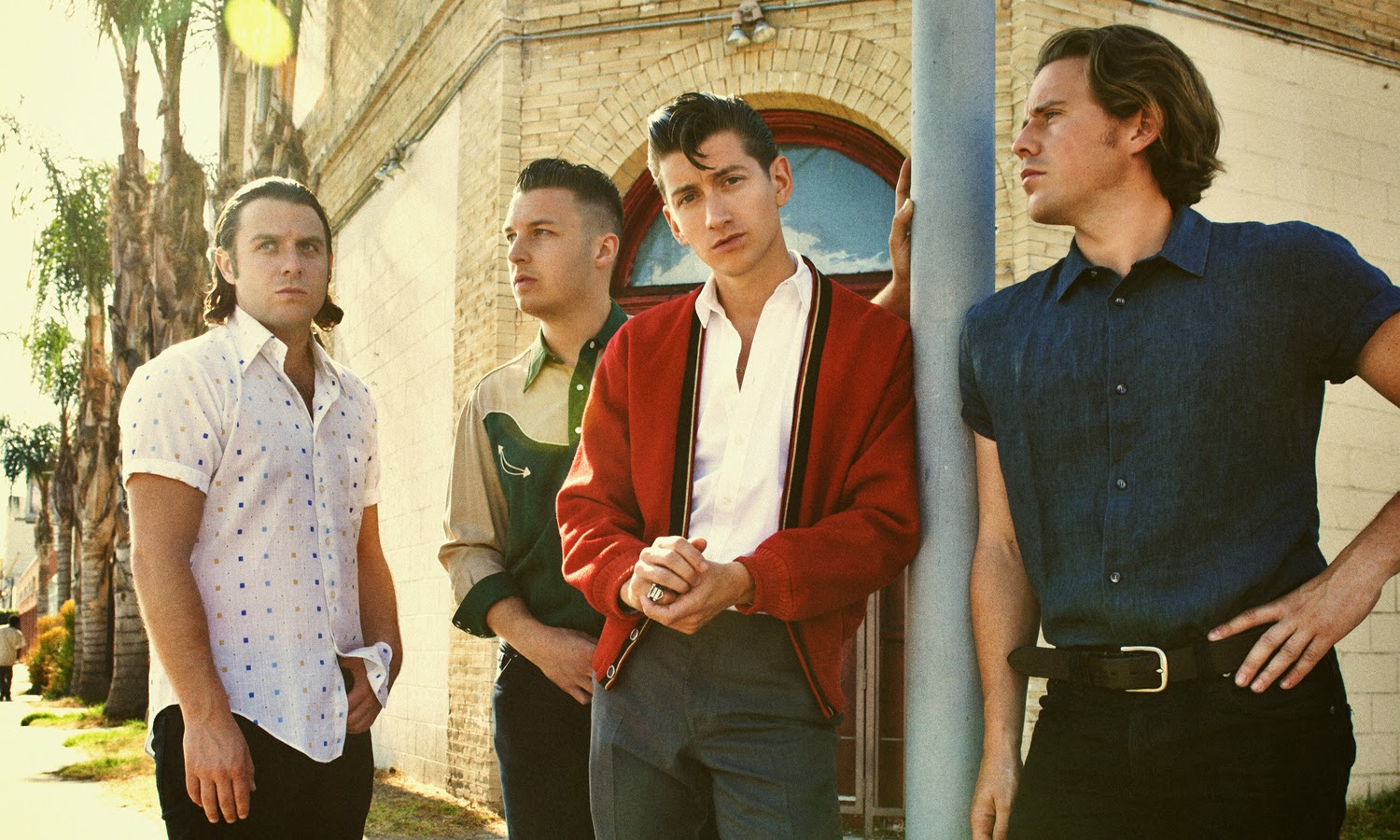 Feels Like: Zeppelin trying to make an R. Kelly record

The more I listen to Arctic Monkeys' AM, the more I think it's the heaviest rock album released in years. Don't let the tempos fool you, this is some heavy shit. It's a headphone record, and if you haven't revisited it since its release, I highly recommend taking it for a second spin. It's hard to let go of the Arctic Monkeys of their debut, but now that their transformation is complete, the new, heavier Arctic Monkeys give their bratty former selves a run for their money.

J. Roddy Walston & The Business - Take It As It Comes 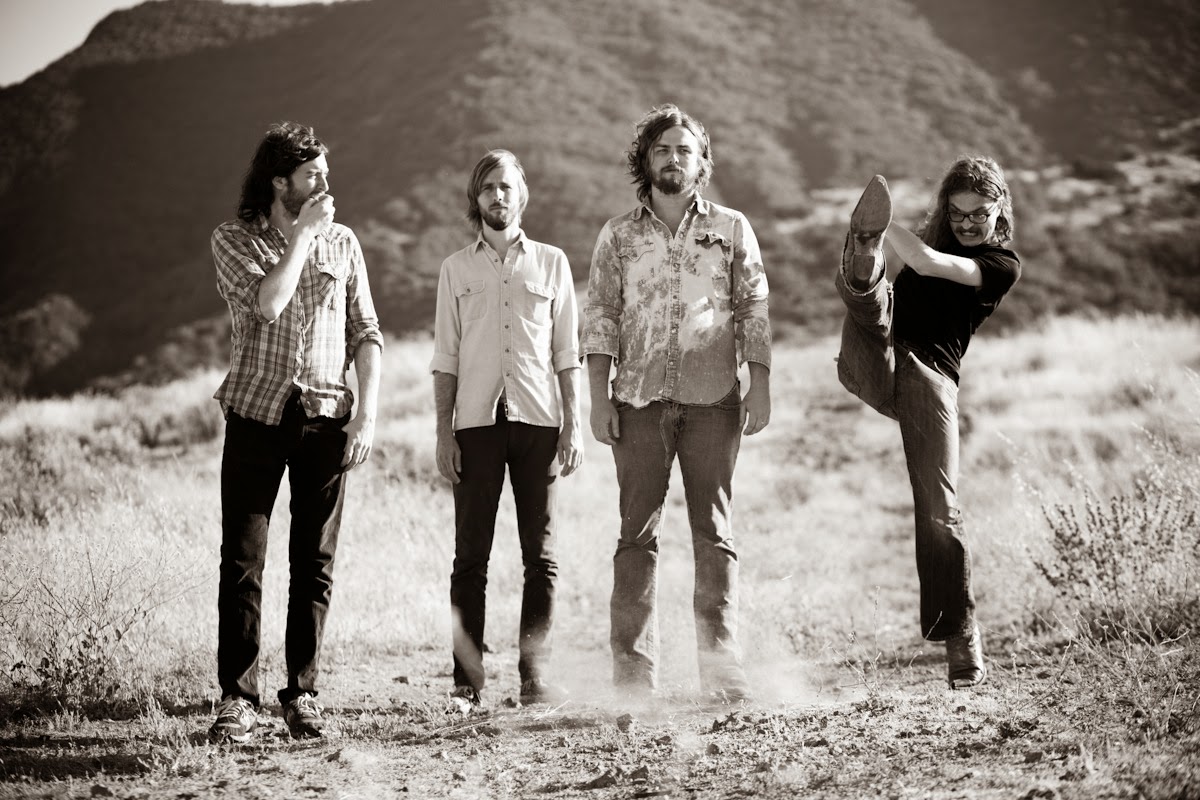 This probably should've been posted a year ago, but some things take a while to marinate. Essential Tremors came out a while back, and it is one hell of a record. Everything you could ever want is there and it's there in spades. The Business make music to kick ass to and "Take It As It Comes" may be the best example of their handywork.