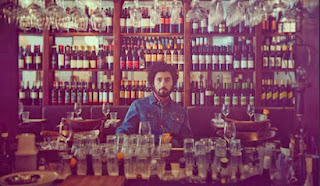 Feels Like: Of Monsters and Men, Jonsi, Arcade Fire

You may recognize Jose Gonzalez's "Step Out" as the music soundtracking The Secret Life of Walter Mitty trailer, which sees Ben Stiller skating down mountains, jumping from helicopters, and generally doing things you're not used to seeing Ben Stiller do. The inspirational movie trailer song is nothing new, but it does seem to be creeping into more and more cuts. We've posted Gonzalez work before as lead singer of Junip, but his solo work is equally impressive. "Step Out" is markedly different from earlier Gonzalez tracks which, while great, all seemed a bit foreboding. The uplifting, epic folk-look works well for him though and hopefully signals a new direction.