We saw Phantogram at Marathon Music Works last night, and let me be the first to tell you: they are exceptional.  And more importantly, Atlanta folks: Big Boi will be a special guest at their show tonight.  Another thing I learned: Giraffage, their opening act, has put together quite a few jams worth showering your ear holes with.  Check out one of my favorites of his "Even Though" below. 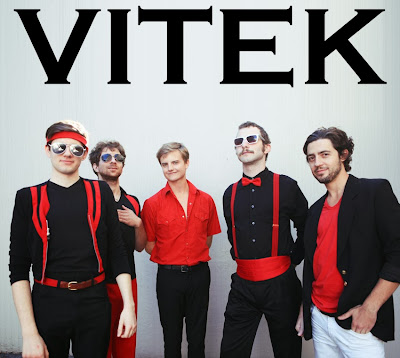 We're  big fans of Vitek here at EB. They wear their influences on their sleeve, and they're pretty damn good influences. Last time we posted, it was their Talking Heads-style barn burner, "Legs," this time they look to Graceland-era Paul Simon for inspiration. And if there's one thing that's universally a good idea, it's being inspired by Graceland-era Paul Simon. "Sunbird" is about as relaxing as job through the African savannah and extremely more practical. It looks like this one was released a while back but must have slipped through the cracks. Vitek are set to play Mercy Lounge on November 14th along with Tennis and On and On.


Yo Nashville is a segment in which we highlight local acts from here in Music City U.S.A. 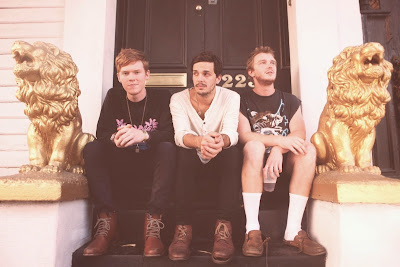 New Orleans-based alt-country-indie-rockers Coyotes sound like some old souls. Twangy touches, no-frills drums, and lead singer Duz Mancini's Jakob Dylan-meets-Tony Lucca vocals combine for a nice little slice of Americana. I'm always interested to hear up-and -coming N'awlins bands. I feel like no matter how good or bad they sound, coming from a city with as many haunts as New Orleans, they'll at least be interesting. Coyotes are pretty great though and you should definitely check out the rest of their Good Times Old EP, so you don't look like a fool when they break through.

Shout out to my buddies at the Stu for this awesome new single from Chelsea Lankes.  Y'all should give it a listen and see what all the hype's about.


at 11:38 AM
Labels: chelsea lankes, ellie Goulding, ghost, Miguel, tegan and sara, the stu, Yo Nashville 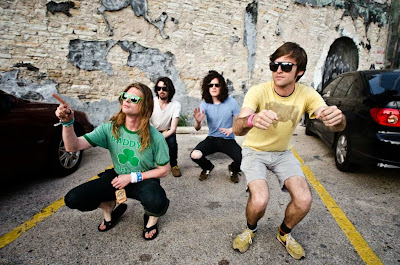 Feels Like: The Kooks, Peter Bjorn and John, Josh Pyke

Here's a little feel-good for your Friday afternoon. Cheers Elephant are Philly-based indie poppers who were apparently raised on 90s acoustic rock and pure sugarcane. If the jangly pop of "Leaves" doesn't leave you smiling, then you're dead inside.

Awesome new single from I Break Horses.  Enjoy it while it's fresh. 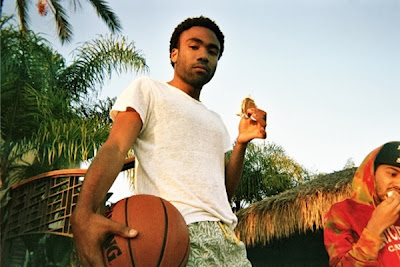 Childish Gambino is slowly emerging from a long radio silence. What began with the short film "Clapping For the Wrong Reasons" and song "Centipede," culminates with the first confirmed track from his upcoming Because the Internet album, due "after winter break." On a beat that sounds like Drake's producer spent a summer binge-playing Super Mario Bros, Childish balances the usual introspective lyrics, flashy wordplay, and modern R&B crooning. If this track is any indication, then Beacause The Internet should fall somewhere between the sweeping, orchestrated Camp and the more minimal, electronic Royalty mixtape.

The Head and The Heart - Shake

Check out the newest video from The Head and The Heart!  Super gooder fun times today!

Under the Covers: Horrorshow - Can I Kick It [A tribe called quest cover]/Walk on the Wild Side [Lou Reed Cover]/Unfair Lottery

These guys put on a sweet cover of "Can I Kick" which features Lou Reeds' "Walk on the Wild Side".  Gotta check it out.  Also check out their original hit "Unfair Lottery".

at 8:53 AM
Labels: A Tribe Called Quest, Art vs. Science, Bluejuice, can i kick it, Chronic Future, horrorshow, Incubus, lou reed, Miguel, Space Capone, Statik Selektah, under the covers, unfair lottery, walk on the wild side 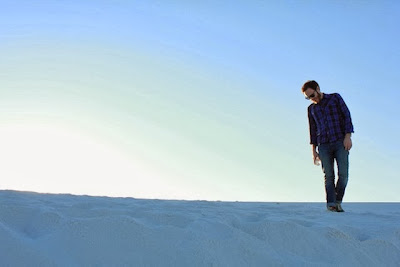 The effects of James Blake on the musical landscape continue to be felt. This time it's mellow-folker James Vincent McMorrow who has incorporated the downtempo-R&B vibe into his sound. I have to say that his voice fits the feel pretty perfectly. The last time we posted a McMorrow joint, it was actually the more electronic, Adventure Club take on his amazing song, "We Don't Eat." The subtly uplifting "Cavalier" is a great sign of what to look forward from McMorrow's sophomore album Post Tropical, due this January.

Under the Covers: Ajo - Half of Me [Rihanna Cover]

Check out this awesome cover of Rihanna's "Half of Me".  I really like this video and great for a rainy day like today.


at 4:22 PM
Labels: ajo, DWNTWN, half of me, How to Dress Well, James Welch, lost lander, Miguel, Perera Elsewhere, Rihanna, under the covers

Check out the very talented Kaitlin Riegel and her first single "Silhouettes".  I just love it, and I'm sure you will too. 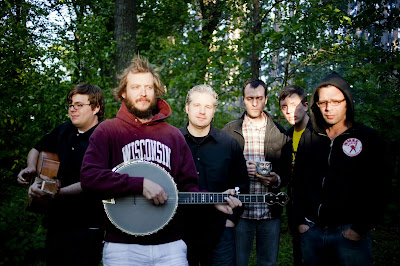 Feels Like: Junip, Death Cab For Cutie, The National

We posted "Byegone" a while back, but Volcano Choir's Repave is too damn good to post only one track from it. "Comrade"sees VC exploring the epic soundscapes that can be found all over their sophomore album. While their first album was very explorative yet overall mediocre, Repave sees the band finding their comfort zone and fully exploiting it. Justin Vernon's auto-tuned vocals bring to mind his work with Kanye, and this song, like the rest of the tracks, show the same level of detail and perfectionism seen in every album by Mr. West. Whether its under the Bon Iver moniker, with his Volcano Choir friends, or in his new rock group The Shouting Matches, Justin Vernon continues to evolve as a musician, with each effort building off the last. 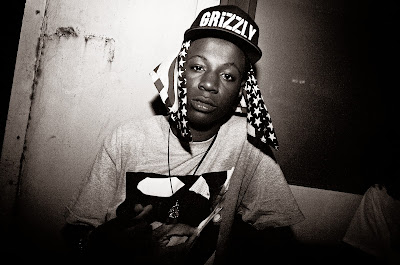 Joey Bada$$ has a pretty solid flow, but he hasn't done anything yet that has really stood out in my mind. "Hilary Swank" might be the turning point. While his inflection and cadence come awfully close to MF Doom at times (hey, Action Bronson is basically Ghostface and it's still great), he has a lot of good things to say. And the classic production and similarly retro video only help to amplify the vibe. In related news, can't wait to see how Bada$$ and others fare at the BET Cyphers tomorrow. 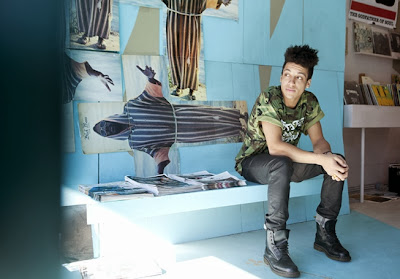 Australian rap is slowly finding its identity. Often laidback and heavily influenced by the conscious rap of the early 90s as well as more recent acts from the Northwest U.S., more and more Aussie artists are finding their place in the rap canon. Key in point is Remi Kolawole, who lets just enough of his accent shine through to give his flow a unique feel. "Sangria" is great, shows a lot of promise, and features one hell of a flute sample (must be an Aussie thing). And is it me or does something about the sunny disposition of the track combined with the carefree flow remind you of a young Fresh Prince? 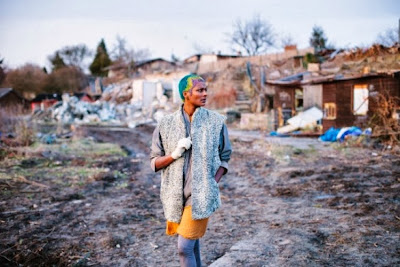 London-based trip-hop/downtempo artist Perera Elsewhere (cool name, right?) keeps things very open. The atmospheric track is full of nooks and crannies and brings to mind a dozen different artists. The moody coolness would fit perfectly as a 007 theme song or in a low-lit London lounge. If it's raining out, all the better.

I'm an Atlanta Falcons fan.  We had a rough night.  This song is chipping away at that dark cloud raining over me.  But for serious, this song is quite amazing and you should commit it to your auditory receptors immediately. 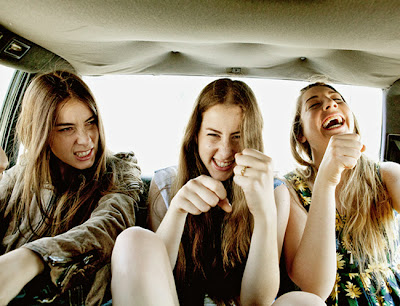 HAIM's debut album, Days are Gone, came out last week and it more than lived up to the high standards they set with the previously released singles. Outshining them all though is a hazed-out "Let My Love Open the Door"-styled gem of a song, "Honey & I." HAIM easily take a simple three-chord progression and by layering the right elements over top of it, make one hell of a pop song. This Daytrotter version is a little more subdued, but the point gets across nonetheless.

Check out "I Believe" by Basic Vacation.  They have that epic yet happy sound that is oh so good on your earballs.

Feels like: We are Scientists, Mikhael Paskalev, Alex Winston

Been waiting a while to share this one with y'all.  And because it's Friday, and because you're just so darned special to me, I finally gave it a go.  I hope you have a wonderful weekend. 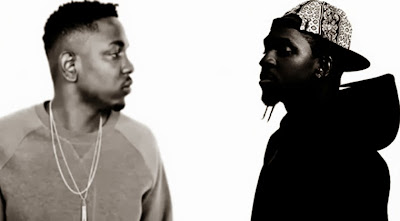 Pusha T and Kendrick Lamar may be the two most focused rappers in the game today. King Push's My Name Is My Name drops on Tuesday and Kendrick is about to take aim at Drake in his BET Cypher on the 15th. To get you even more hyped for these two events, the visuals for the Kendrick-assisted "Nosetalgia" have dropped and like all great rap videos, it keeps it simple in black and white, letting the verses speak for themselves. Pusha T is at his most menacing and Kendrick continues to stretch the range of intonation and cadence. 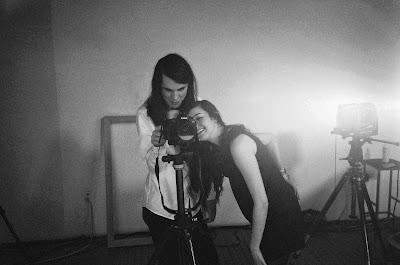 This video would be the perfect opening sequence for a new Bond film.  I love it and it's probably one of the coolest videos I've seen in quite some time. 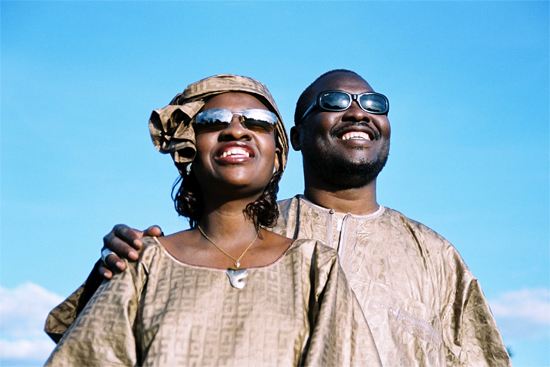 Feels like: TV on the Radio, Bells, Devendra Banhart

Probably the coolest song ever written about gossip.  Definitely has that Fifa sound to it.

Talk Fine - Water's Getting Too Hot 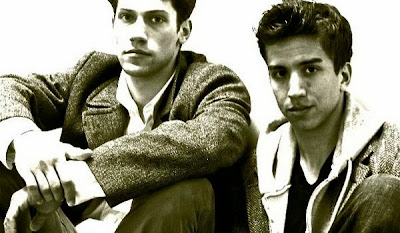 NYC's Talk Fine pull from a lot of different influences. Jumping from Stevie Wonder-style funk jams to  moody, Air Supply-type explorations to Eric Hutchinson-y blue-eyed soul, they get around the block. It's a good block to live on though. "Water's Getting Too Hot" is my favorite offering from last year's Lesser Known Hits EP, you should check it out. Shout out to Laura for clueing us in!

You remember David Carradine?  Man, he always gave me the creeps.  And while I know the bad guy in this video is not him, he certainly looks exactly like him.

Yo Nashville: The Wood Brothers - The Muse 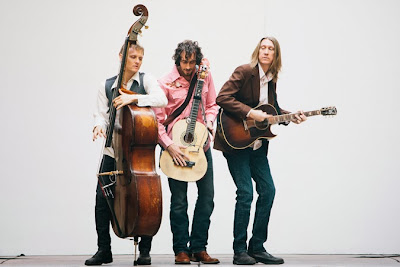 The Wood Brothers have relocated to Nashville (!), where they cut their most recent album, The Muse, out today. The titular first single got the video treatment at Nashville's War Memorial Auditorium and features them singing to an empty room intercut with Instagram-style family photos. "The Muse" is a gravity-fueled number, with the weight of the lyrics and rhythm of Oliver Wood's strumming, intensified by perfect bass and melodica touches. I had the chance to see them twice in the past couple weeks and they don't disappoint live. So get out and see them.


Yo Nashville is a segment in which we highlight music from here in Music City U.S.A.