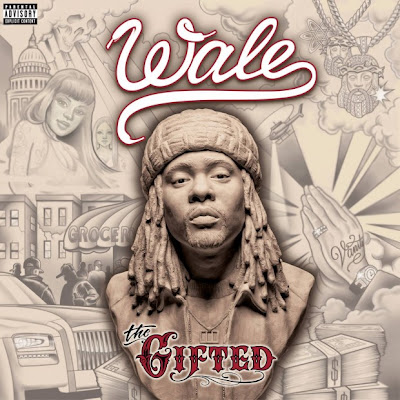 There are two Wales. After the failure of his debut album, conscious, backpack-rapping Wale did what anyone would do if they thought their career was in danger, join Rick Ross's comfortably bloated Maybach Music. During this period, pop gangster Wale nursed his wounds and dropped some over-the-top, money-making music that was primarily about making money. Now in a better position, Wale seems to be returning to his roots while bringing along some of the more lavish production flourishes that were the highlight of his Maybach-period. "Love Hate Thing" combines the best of the two Wales and if initial rumors prove true than The Gifted will be more of the same. Happy to see conscious Wale back.