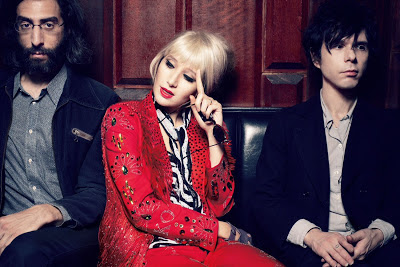 If you were to say to me after Yeah Yeah Yeahs' debut album that one day they'd have a song with a full choir singing on it, I wouldn't have believed you. A power trio of their caliber has no need toying around with embellishments like that. But here they are ten years later, and it works. It seems Karen O is expanding on the classic rock staples' sound she showed she could so easily manipulate with her cover of Led Zeppelin's "Immigrant Song" for 2011's Girl with the Dragon Tattoo. YYY's fourth album Mosquito is due out April 16th.