Iron and Wine - Caught in the Briars 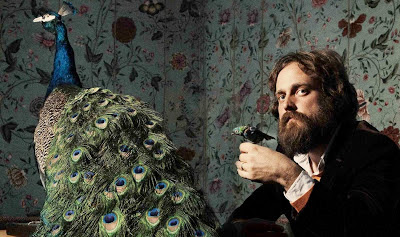 Sam Beam's songs are usually full of solid imagery, but something about this song's lyrics seems even more concrete. While I loved Iron & Wine's early albums, his past two have really solidified his position as someone unafraid to explore new avenues, both sonically and lyrically. It seems he might take a detour back to his earlier sound on some tracks on the new album, but if the first single is any indication, there will still be a good amount of experimentation. "Caught in the Briars" will be the opening track on Iron &Wine's upcoming fifth album, titled Ghost on Ghost, due out April 16th.