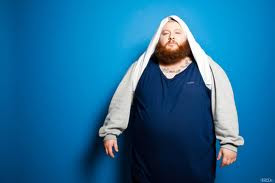 I've been following Action for a while now, and while he has released a couple quality mixtapes (which you should cop here and here), he hasn't really released a great single. Then comes "Strictly 4 the Jeeps," where, utilizing a beat that's sounds like it's been aging in Chuck Inglish's basement since the "88" days, Action taps into his Ghostface-flow, as usual, but this time, it sounds fresh, urgent even. Here's hoping this is a sign of what we'll find on his new collaborative album with producer Harry Fraud (who crafted this track).